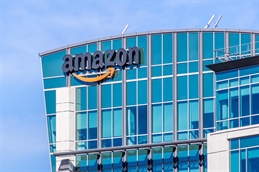 Amazon has disrupted the e-commerce world again, announcing that it is cutting transit times in the United States from the current two-day standard.

Once again Amazon is sending shockwaves through the e-commerce world, including the logistics sector that delivers its products. The e-commerce giant announced that it is cutting transit times in its home market from the current two-day standard for its Prime users to next-day delivery.

The company’s Prime subscription service has drawn in over 100 million members in the US so far, which means that this move is having a huge impact on the market. Amazon has indicated that one-day service will become the default in its home market.

More shockwaves are on the horizon. The company has signalled that it intends to unveil a similar initiative in the international arena.

With the announcement Amazon has thrown down the gauntlet to other merchants, challenging them to match the new delivery speed paradigm, lest they want to risk being left behind. Free delivery in a two-day window has become the norm in the US and other large domestic markets.

The impact was instant. Shares in US retail giants Walmart and Target dropped after Amazon’s announcement. Walmart hinted via Twitter that it may move to free next-day delivery.

The next-day delivery concept is also piling up pressure on parcel carriers. While e-commerce has produced strong growth in traffic for them, the combination of costly final mile delivery, low margins on standard e-commerce and the volumetric nature of this traffic has burdened them with a challenging mix of high costs and paltry returns.

FedEx reported a 1% drop in revenues in its express division in the quarter ended February 28, for which it blamed primarily a rise in low-yield international services. UPS tabled a 17% decline in profit in the first quarter, with revenues staying flat.

The challenges around e-commerce added to the headwinds that the integrators have faced from adverse weather conditions and a weakening global economy. FedEx has dialed back its topline revenue projection for fiscal 2019 by US$1.5 billion to US$4.5 billion. UPS took a US$123 million charge in the first quarter for expenditure on its strategic ‘transformation’ initiative to automate operations and open new facilities to cope with the rise in e-commerce.

Moving to adapt to a standard next-day day delivery model for standard packages will add to their burden.

According to one report, Amazon is already capable of providing next-day delivery to 72% of the US population, All the same, the move to a nationwide next-day standard is anything but cheap. The company has earmarked US$800 million on the initiative in the current quarter alone.

It is already ramping up its dedicated freighter network. Last month it announced that freighter leasing firm ATSG is adding 10 more Boeing 767Fs to its line-up of cargo planes operating for the e-commerce giant. Five of these will come on stream this year, with the other five due to follow in 2020. This will bring the tally of ATSG freighters flying for Amazon to 30.

Atlas Air, which runs 20 767 freighters for Amazon, is adding five 737 freighters to the partnership this year under a seven-year agreement. In anticipation of future growth Amazon has taken an option to add 15 more 737Fs by May 2021.

\The e-commerce firm spent an estimated US$61.7 billion on logistics last year, which translates into about 26% of its net sales. The company has denied any ambitions to establish itself as a logistics provider, insisting that it needs a dedicated delivery network to meet its requirements. Still, the magnitude of its logistics expenditure suggests that offering spare capacity to third parties must be a highly tempting idea for its management.

As one pundit noted, overnight air is a niche product that hardly generates adequate returns in its own right. Amazon can subsidize its overnight air traffic from the vast scale of its low-cost operations. This gives it a huge advantage over rivals. Matching the chief disruptor’s latest move will be challenging for anybody, and quite likely beyond the reach of quite a few players. They will feel compelled to offer this all the same, hoping that overall volume growth will make up for the bloodletting.