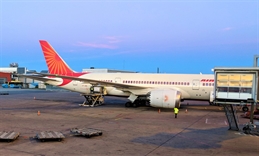 Air India’s new thrice-weekly flight from Delhi to Tel Aviv, which started in late March 2018 with a Boeing 787-8, is expected to be an important route for pharma traffic. (Photo: Jeffrey Lee)

As Air India grows its network and operations, it is also looking to boost its presence in the cargo scene, especially with pharmaceutical shipments.

“At the moment we’re not very aggressive in the pharma market, but we’re thinking about how to play a bigger role in transporting the more demanding pharma cargo,” said Abhay Pathak, executive commercial director of the cargo division at Air India, in an interview during the Air Cargo India 2018 conference and exhibition in Mumbai. “For that we need cooling dollies and containers and so on. Investing and going the extra mile for these things only makes sense if you have the capacity available. India has such a huge pharma base so it’s definitely worth it. We’ve already started working on that with cool blankets, especially in Delhi and Mumbai, and we’re negotiating with the companies for cool containers.”

According to Pathak, Air India has no capacity issues at its Delhi hub, where the cargo facility is outsourced and is a joint venture between Delhi International Airport Limited and Cargo Service Center India.

“They have excellent capabilities there, including temperatures down to -30 degrees Celsius, so that’s going to be a key factor for all of us to think about,” he said. “In Mumbai, on the other hand, there are some bottlenecks that need to be addressed. Mumbai International Airport Limited is building our new double-deck warehouse for exports and imports which will be ready in about two years’ time. It will be near the international terminal and we’ll shift both our domestic and international operations there which will make for much easier and faster connections, just like in Delhi.”

Pathak said that Air India’s new thrice-weekly flight to Tel Aviv, which started in late March 2018 with a Boeing 787-8, is expected to be an important route for pharma traffic.

“We easily get around 12-15 tonnes in the belly per flight,” said Pathak. “We’re also looking at delinking Osaka and Seoul from Hong Kong. Of course, we’re primarily a passenger airline so the main cost and revenue consideration is for the passenger side, but the benefit for me is that this will give me additional payload capability to each of the three destinations.”

“All our Asia-Pacific flights can connect to 76 stations on the domestic side,” Pathak said. “It’s a seamless network which we have. Chennai, Bengaluru, Mumbai, Kochi, Kolkata are the major markets, but also some second- and third-tier cities. About 60-70% of our cargo coming into India stays in the country and about 30-40% connects to other countries.” 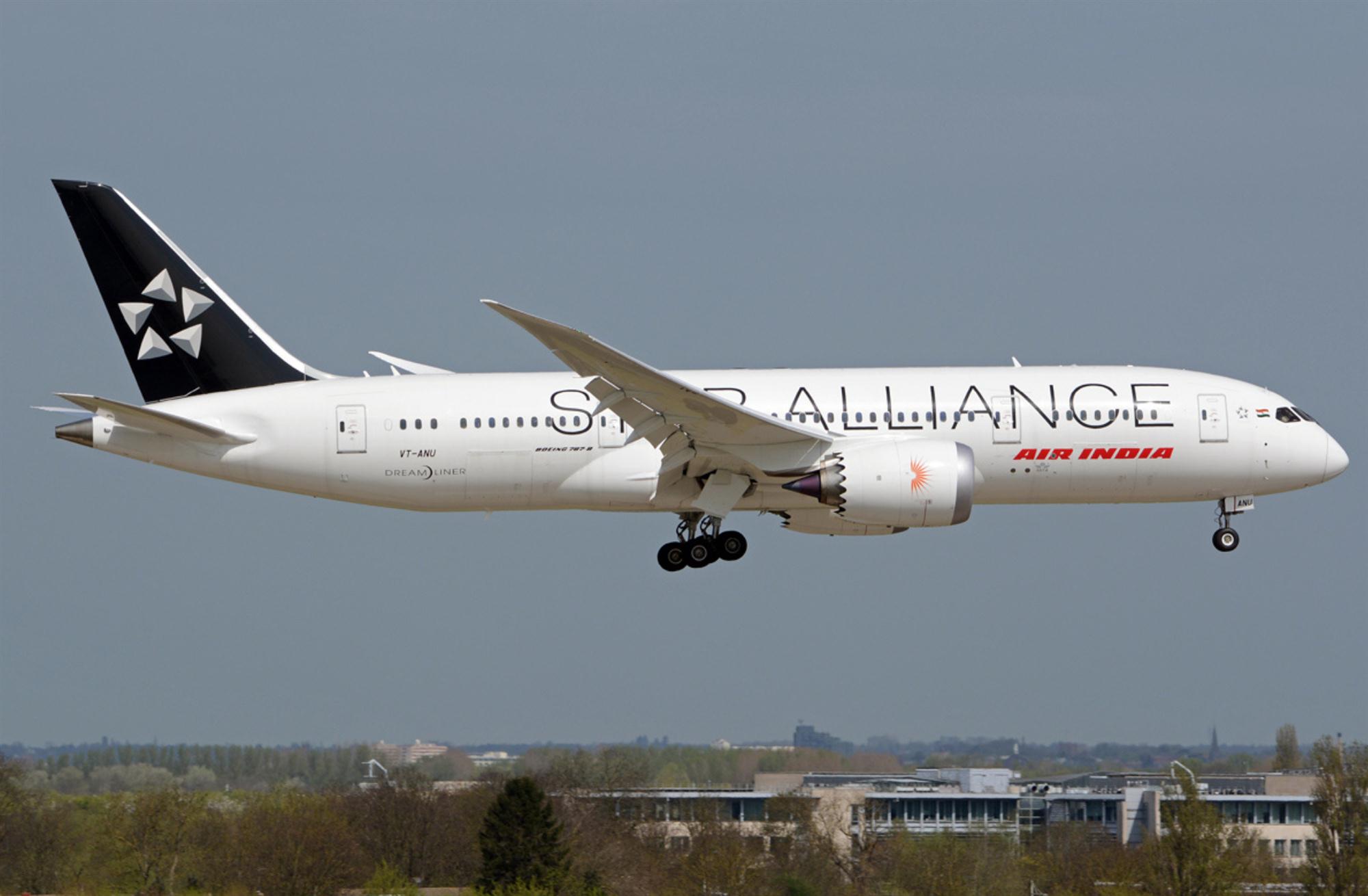 The carrier appointed 10 GSAs around the world last year in an effort to expand its international reach, and expects to have another 10 appointed during this year.

“The commission-based motivation is turning the tide and these GSAs have really done a good job,” said Pathak. “Overall, the growth which we registered in 2017 was 30% and we hope in 2018 we’ll be able to achieve a growth of around 25-30%.”

To achieve that growth, one of the things that Pathak said needs to be done better is efficient interconnectivity between the domestic and international markets.

Another focus will be preparation for and management of the upcoming peak season, when Air India experiences heavy demand for about six months.

“This is especially true for the US market, so we’re enhancing our capacity,” Pathak said. “For example, to San Francisco, we’re going from six to nine flights a week, and we can get 7-8 tonnes per flight in the belly of that 777-200LR. For the 777-300ERs to JFK, Newark, Washington and Chicago we get around 15 tonnes per flight.”

As a whole, Air India carries approximately 250,000 tonnes of cargo per year. According to Pathak, the aim is to take that to around 350,000 tonnes in the next few years. He also said that the carrier hopes to implement more product segmenting and to lift more high-yield shipments.

Another goal is to explore the use of maindeck capacity to supplement the bellies of Air India’s fleet of passenger aircraft.

“To be honest, freighters are the need of the hour for us,” said Pathak. “The only thing is, the organization has to make a call on when and how we’d like to go about it. We can really use them for places like Hong Kong and Shanghai, as well as connecting Dhaka and Colombo to the US. We can play a very big role with a hubbing operation. The requirement will not be less than a daily 747 freighter to Europe and the US.”

While Air India is still working on a suitable and feasible business model, Pathak confirmed that it wouldn’t involve buying any aircraft, something which would expose the company to liabilities over a long period of time. Instead, what the airline is looking for is the flexibility that lease or charter arrangements can offer.

“If we’re to be more aggressive in the cargo market globally, there is a need for an Indian carrier like us to use freighter aircraft to change the paradigm,” he said. “Belly space can only satisfy the requirements of the market up to a certain extent, but not beyond that.”